Jablonski’s somewhat romantic nature was shaping his music taste and interests over the years. Beside most popular works Jablonski has in his repertoire, he also plays some less known compositions such as Concertos by F. Riess, H. Litolff, E. Dohnanyi. He was invited to perform for ballet, opera and theatre spectacles as well as for spectacular, multi-discipline projects with multimedia presentations and lights such as Scriabin's "Prometheus" with Duesseldorfer Symphoniker, Ballet “Fortepianissimo” choreographed by Lorca Massine at the National Opera in Warsaw, original piano version of the Debussy's Pelleas et Melisande. He was invited to perform during the opening of the Wiener Opernball in Vienna together with the Vienna State Opera Ballet choreographed by Giorgio Madia. Jablonski also played for the crowd of thousands with Grant Park Orchestra and K. Urbanski at the Jay Pritzker Pavilion in Millennium Park in Chicago.

In February of 2013, Jablonski performed Tchaikovsky’s Piano Concerto with Maestro Valery Gergiev and Helsinki Philharmonic Orchestra during fundraising event “Clean Baltic Sea Concert” in Helsinki. This performance was streamed live over the Internet as well as recorded by Finnish Radio and TV.

2013 has brought Jablonski also to Japan where he performed Beethoven's Concerto with Tokyo Metropolitan Symphony Orchestra following his successful appearances with Kirishima Festival Orchestra in 2012. In 2014 he played during Kirishima Festival again and in 2015,  celebrating 30 years of his artistic career, performed Chopin's Concerto No. 1 with Yomiuri Nippon Symphony Orchestra - the same Piano Concerto he played during Finals of the F. Chopin Piano Competition in Warsaw in 1985, where his international career began. Also in 2015, he performed Chopin's E minor Concerto once more with Warsaw Philharmonic under the button of Maestro Jacek Kaspszyk. Jablonski concluded anniversary year performing Saint-Saëns' 2nd Piano Concerto in G minor with Warsaw Philharmonic under the direction of Patrick Fournillier in February of 2016.

He has made live recordings for radio and television in many countries as well as numerous CDs in Germany, Japan, and Poland. He was recently invited by the F. Chopin National Institute to record complete works by Chopin both on modern and historical pianos. Two first CDs (Etudes) were released in 2016 and 2017, and more will come soon. Jablonski himself says it is his once in a lifetime project, but he hopes to be able to complete this work in 3-4 years.

Studied with Janina Butor and Prof. Andrzej Jasiński. Worked during master classes with R. Kerer and N. Magaloff. Graduated with honors in 1987 from the Academy of Music in Katowice, where he later earned his Doctorate in 1996. He was a Professor at The F. Chopin University of Music in Warsaw from 2004 to 2017. He is currently a piano faculty at the Mount Royal University - The Conservatory in Calgary and at the University of Calgary and faculty member of the Morningside Music Bridge Program. He was also Professor of the Faculty of Fine Arts of the University of Lethbridge during 2016-2017. In addition to academic responsibilities, he presents master classes, lectures and is a jury member at international piano competitions including Chopin Piano Competitions in Warsaw, Toronto/Mississauga (Chair of the Jury), Miami, Tokyo and Foshan in China. 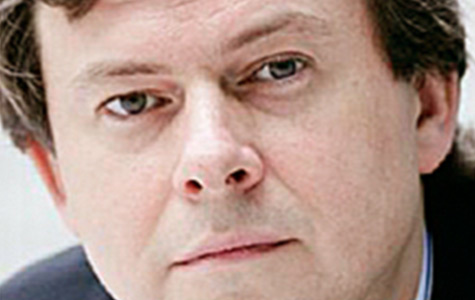