She was a tenured member of the 1st violin section in the New York Philharmonic and the Pittsburgh Symphony Orchestra, and has appeared as a guest with the Chicago Symphony and the Berlin Philharmonic.

Ms. Yao has won top prizes at the Hellam Young Artists Competition, Shean String Competition, Calgary Concerto Competition, Corpus Christi International Competition and the Michael Hill International Violin Competition in New Zealand. She was also one of the winners of CBC Radio’s Up and Coming series – a showcase of promising young talents. An active chamber musician, Ms. Yao has participated in the Aspen, Summit, and Sarasota music festivals; Music from Angel Fire; The Banff Centre; and Music@Menlo, where she served as a chamber music coach.

Shanshan Yao began playing violin at age 6 and enrolled at Shanghai Conservatory of Music when she was 9. She continued her studies in Canada at Mount Royal Conservatory under the tutelage of William van der Sloot and Xiaoming Wu. She received her Bachelor of Music degree from The Curtis Institute of Music and her Master’s Degree from The Juilliard School. Her principal teachers were Aaron Rosand, Donald Weilerstein and Ronald Copes.

Shanshan Yao is a visiting faculty member of the Morningside Music Bridge program. 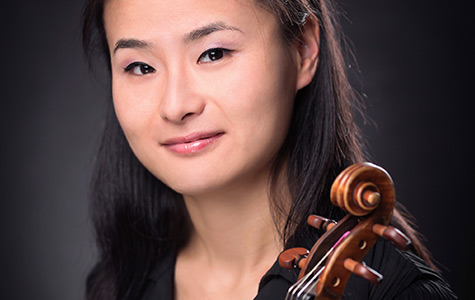